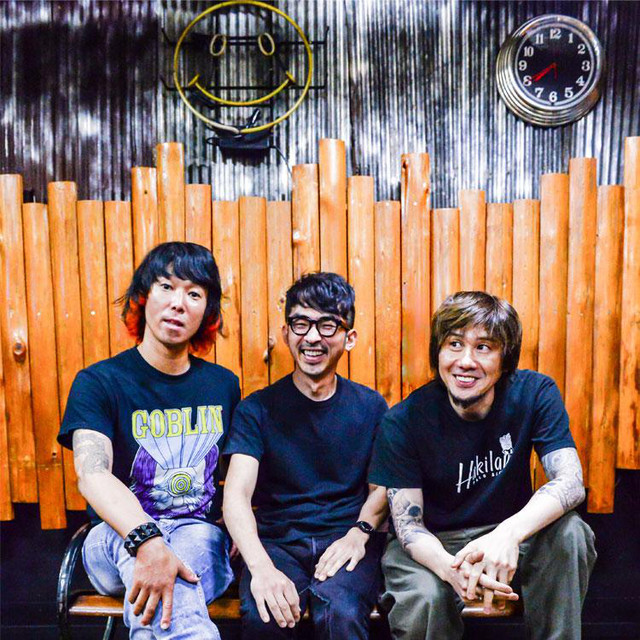 The wickedly original Japanese punk revival band Hi-Standard were formed in 1991 by guitarist/vocalist Ken Yokoyama, bassist/vocalist Akihiro Nanba, and drummer Akira Tsuneoka. The bandmembers made a name for themselves in their native Japan early in 1992 when they released Growing Up on Toy's Factory Records. They were soon brought to the attention of Fat Wreck Chords owner Fat Mike, who licensed the album to his own label for sale in America. A mixture of irreverence and impressive talent, Growing Up was highly lauded by many American reviewers. The band responded by touring heavily in promotion and releasing a string of 7" singles, including one split single with fellow Fat recording artists WIZO. In the summer of 1997, Hi-Standard released Angry Fist, their second full-length album. Although the band had opted to replace the irreverence of Growing Up with caustic, sarcastic humor, the music remained much the same: friendly, talented, and accessible. Most of 1997 and 1998 was spent touring America with NOFX and Jersey. In early 1999, Hi-Standard returned to Toy's Factory to produce their third album, Making the Road, and two years later they released the Love Is a Battlefield EP. Shortly after the the EP's release, Hi-Standard announced they would be going on hiatus, with each of the bandmembers moving on to new projects. The group reconvened in 2011 for a one-off show, and again in 2012. Three years later they headlined the Japanese edition of Fat Wreck Chords' 25th anniversary show in Tokyo, and in 2017 they released the four-song Another Starting Line EP, their first collection of new music in 15 years. ~ David Cornelius, Rovi