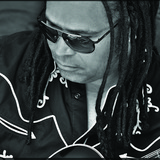 Singer/songwriter Amaury Gutiérrez began getting interested in music while still in high school in Cuba. After winning a scholarship, Gutiérrez started studying singing and later piano and guitar. After moving to Havana, the musician started working along with trumpet player Arturo Sandoval, later joining a local band called Afrocuba. In 1993, while touring Central America with a second band, Amaury Gutiérrez decided to settle down in Mexico to pursue a solo career. The opportunity to consolidate his name in the local music scene came after signing up to Universal, recording a self-titled album during July and August of 1998 in Rio de Janeiro. The album was successfully released soon after. ~ Drago Bonacich, Rovi