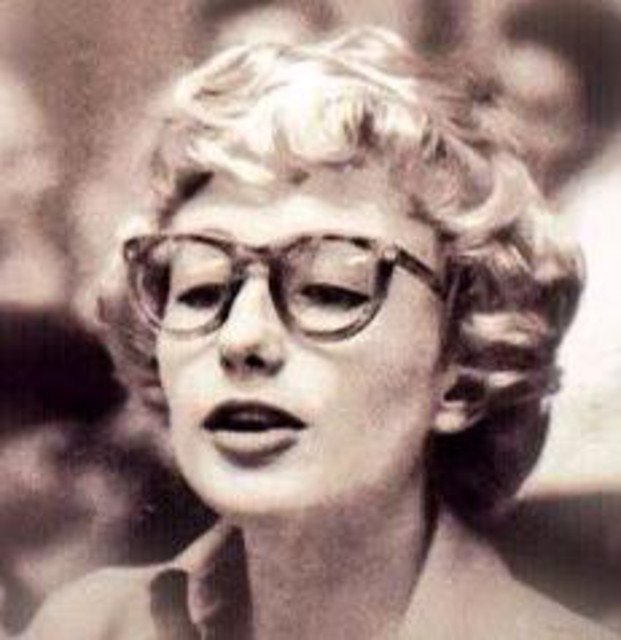 From www.BlossomDearie.com - Jazz pianist, vocalist, and composer from the bebop era Blossom Dearie, was a child genius that began her career in vocal groups with Alvino Rey and Woody Herman. She was there for the Birth of the Cool hanging with Gerry Mulligan, Charlie Parker, and Dizzy Gillespie.   In Paris Blossom worked with Annie Ross and Bob Dorough. Norman Granz stopped in and asked that she record for him when she returned to the States. After a Billboard hit with "Lullaby of Birdland"(sung in French), she returned to the U.S.   What followed were six phenomenal albums for Verve Records.

Oscar Peterson's rhythm section rounded out Blossom's band incuding Ray Brown, Ed Thigpen, and Jo Jones. My Gentleman Friend featured her husband, Bobby Jaspar.    In the 1960s Blossom shared the bill with Miles Davis at the Village Vanguard and recorded an album for Capitol Records entitled “May I Come In.”