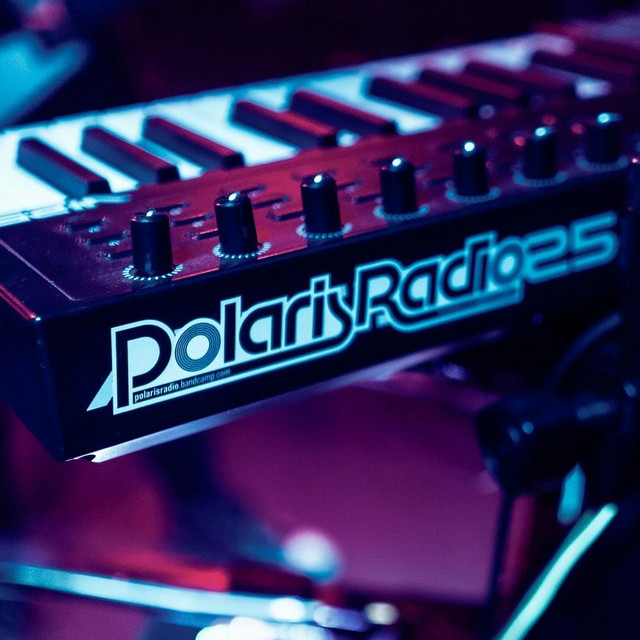 PolarisRadio produces a blend of instrumental rock and pounding dance beats, with a healthy dose of soaring synthesisers reminiscent of 1980s era movie soundtracks and synthpop anthems. PolarisRadio’s live shows are a mix of loud guitar, synths and drum triggers, guided by DJ style dance sequences which allow him to seamlessly transition between instruments and tracks with the intention of delivering a hefty dose of energetic dance-rock. In addition, aesthetics are a notable part of the retro-infused music he produces. PolarisRadio considers a strong visual presense to be vital to his performances, stemming from his background in graphic design and motion graphics. As such, he compliments his music and performances with bright and eye catching imagery, in addition to creating his own album artwork and other media.