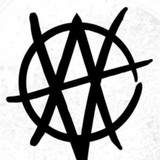 Debut British punk-rock band, The Vile Assembly, was conceived solely to be the whistle-blowers on the unjust society; their purpose to say what needs to be said through the universally understood medium of music. The band was created following a fortuitous meeting between three lifelong friends in a New York café, who decided that enough was enough and the troubles of the world needed to be voiced. Although the friends, Paul Mason, Mark Webb and Mark Wainwright, had owned a music studio in Liverpool for two-decades, they’d never even contemplated making music of their own until that fateful day, until the avid conversation between them spurred on the conception of The Vile Assembly. http://thevileassembly.co.uk/