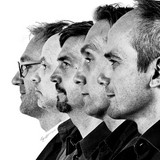 Oakland started out as a one time music charity project in southern Sweden. As time passed the group started writing and producing their own music and in may 2015 the first album was released. "The Little Things" contains six songs with strong country and Americana influences. With a classic banjo groove, strong vocals and powerful melodies Oakland found the sound for more songs to come. During 2016 two songs made it´s way to Spotify: "Will I see you again" and "Burning sun". Burning sun was soon picked up by local radio and the following two songs "My Cousin and Me" and "Leaving for the country" has been frequently played on radio. Oakland has a five member setting for live gigs with the rhythm section scattered on several members. 1st of June 2018 the band released Once in a While. A full length album with nine songs.