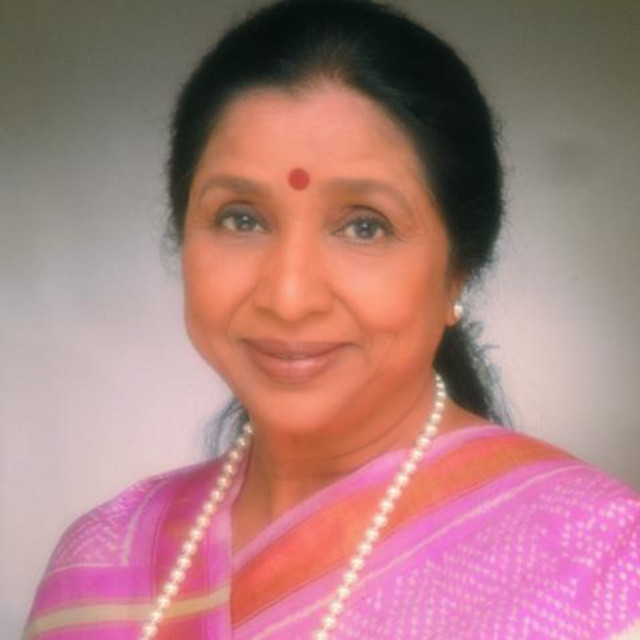 Sister of the most influential voice of India, Lata Mangeshkar, Asha Bhosle was born September 8, 1933. In April 1942 her father Dinanath Mangeshkar died, causing upheaval in the family which moved from Pune to Kolhapur and in turn to Bombay. Around the age of ten she apparently sang her first film song in the Marathi film Majha Bal. Asha Bhosle has since sung in virtually every Indian language, in Russian and Malay, has sung Rabindra Sangeet (the songs of Bengali poet Tagore), has sung with the bhangra group Alaap, the Indian rap act Baba Sehgal and Boy George, the former lead vocalist of the British pop group Culture Club. Cassette compilations and recyclings of her work are numerous. To commemorate her 60th birthday in 1993, for example, EMI India released three cassette sets of her work -- the set of devotional material Bala Main Bairagan Hoongi (STHVS 65107), a set of non-film ghazals by composers such as Ghulam Ali, R.D. Burman and Nazar Hussain called The Golden Collection Memorable Ghazals (STHV 63173/4), and The Golden Collection: The Ever Versatile Asha Bhosle (STHV 62197/62200), a 44-song anthology of popular film hits. To no small degree, her success can be attributed to her versatility. She has successfully sung in many different voices and in many different styles. ~ Ken Hunt, Rovi