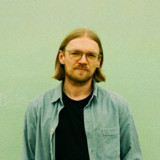 MaJLo - Maciej Milewski - polish producer, composer, multi-instrumentalist and vocalist from Gdańsk. At the age of 7, he began to learn to play the violin at a music school, but he abandoned the instrument for a guitar. The classic lost to jazz, which resulted in studies at the Academy of Music in Gdańsk, in the jazz guitar class. From 2015, already as MaJLo, the artist transformed into a singer-songwriter producer. In December of the same year the premiere of his debut album EP - "Reverse", released under the aegis of the record label Sounddict - was premiered. The first single - "Lights", recorded together with Ralph Kaminski, won not only Polish playlists, but also foreign music channels. The remix of this song made by the French duo of producers "FDVM" sounded at the biggest international festivals such as Coachella and Daybreak. In March 2017 he released his second, full-fledged album "Over The Woods", which immediately filled the musical space of such festivals as Open'er or Spring Break. MaJLo acts as a producer, composer and producer on his albums, but he is also the performer of most of the instrumental parts. In October 2018 took place the premiere of MaJLo's third album: „re_covery”. It’The album has been promoted by two singles so far: "I Cannot Change For You" and "Oddychaj" - the only song with Polish lyrics. In 2019 the artist founded his own independent record label Seagull Ross. Currently MaJLo works on his third LP album.