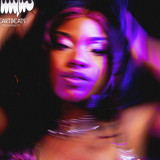 & Singer The Jersey Club movement is being hailed by music authorities such as BILLBOARD and VICE, being the next big wave in dance music. Thankfully, this movement has found it's CLUB QUEEN to pave the way it into the future. UNIIQU3, born Cherise Gary began her music career as a sought-after vocalist in the club scene, and has recently solidified herself as one of the most electrifying producers in the game. From throwing some of Jersey’s hottest DIY events, like her signature event PBNJ ( Philly Baltimore and New Jersey ) which highlights the East Coast club culture, to now spreading the genre across the globe from Australia to South America leaving her impact wherever she goes.   UNIIQU3 is the future of dance music, who continues to raise the bar by pushing the genre forward. She is on a mission to inspire others by proving to the world that you can do whatever you want as long as you work hard and stay true to yourself. She's been delivering energetic projects including Digital Diva Vol 1 & 2, Phase 3, Club Queens Vol 1 & 2