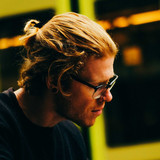 Gareth Wiecko is a Welsh pianist-producer currently living in Melbourne, Australia. Having released Notes to Self in 2011. He then went on to compose for an array of ballet and contemporary dances, short films, and video games Death Hall (Original Game Soundtrack). Inspired by the fusion of his classical piano background and a passion for the electronic scene. He strives to meld the two into his own unique style. His new single ‘INNI’, releasing on September 24th marks the beginning of a new chapter. Exploring the textures of piano mixed with the digital, branching away from his solo debut album; Gareth aims to marry the lines between classical and ambient. Born in Wales and studying a Bachelor of Music at Cardiff University, Gareth traveled the world before becoming drawn to the diverse arts scene and culture of Melbourne, Australia; Which he now calls home.