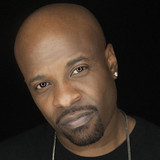 A native New Yorker, Case got his start in the music biz in the '90s, singing backup on albums by several renowned R&B artists (such as Usher). Signed to the Def Jam label in the mid-'90s, Case issued his self-titled debut in 1996, followed by Personal Conversation in 1999 and Open Letter in 2001. On the latter release, Case wrote each song with a different person in mind ("A Song for Skye" was written for his daughter, while the tracks "Love of My Life" and "Shine" were inspired by the great Stevie Wonder). Case was joined by such big-name producers as Jimmy Jam, Terry Lewis, and Tim & Bob. In 2004 he asked to be released from his Def Jam contract in order to launch his own label, Indigo Blue. In 2009 The Rose Experience became the first release for the label. He switched to Real Talk Entertainment for 2010's Here, My Love, and moved to eOne for 2015's Heaven's Door. ~ Greg Prato, Rovi