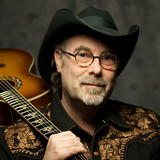 Eric Tingstad is an American Grammy Award-winning multi-genre record producer, musician and songwriter / composer. Best known as a fingerstyle guitarist, Tingstad has performed, recorded and produced Alternative Country, Blues, Americana, Rock, Smooth Jazz and Ambient/New Age music. In the mid ‘70s, Tingstad started intensively studying the classical guitar with Segovian masters. This resulted in the fingerstyle technique that became the basis for his stylings and instrumental composition. His solo recording career began in 1982. In 2003 Tingstad won a Grammy Award as artist, engineer and producer of Tingstad and Rumbel's, Acoustic Garden. In 2006 Tingstad was honored with the Coyote Award from Arts Northwest commemorating his leadership, visibility, and contributions to the arena of live performance. In 2007 Eric received another GRAMMY nomination for his recording Southwest. 2015’s Mississippi was #1 at radio and #2 of the top 100 instrumental recordings for 2015. it was also nominated “Album of the Year” for the ZMR awards held in New Orleans. Tingstad is also known for his philanthropic and community service work in regard to historical preservation, land trust and environmental issues which he has actively incorporated into his compositional themes. He was born and raised in Seattle, WA where he currently reside