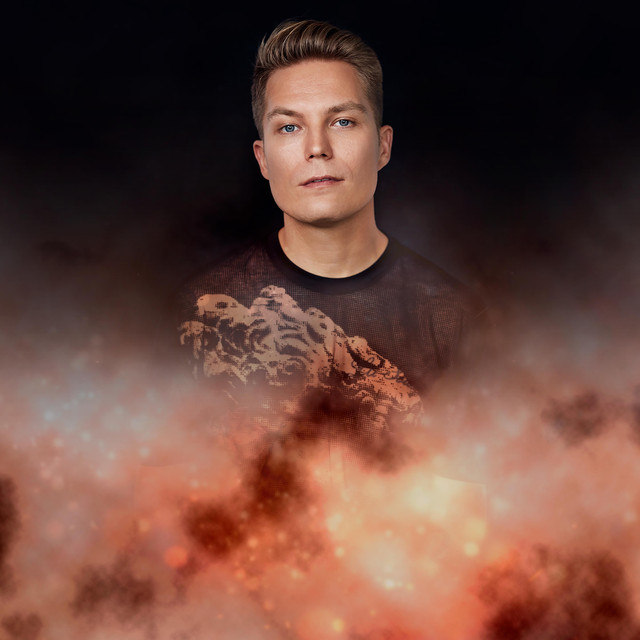 Cheek is a Finnish rapper who arose from his country's burgeoning hip-hop underground in 2004 with a couple Top Ten hits ("Avaimet Mun Kiesiin," "Raplaulajan Vapaapäivä") and continued to garner success in the years that followed, most notably going all the way to number one in 2008 with the smash hit "Liekeissä." Born Jare Tiihonen on December 22, 1981, in Vantaa, Finland, Cheek began his rap career in 1998 in the southern city of Lahti, where he formed the group Fifth Element in 2000. The following year he released his full-length debut album, Human & Beast (2001), a self-produced English-language effort released independently. His follow-up album, 50/50 (2002), was a half-English, half-Finnish effort that included his first promotional single, "Huligaani," for which a video was filmed. A couple years later, after collaborating with Fifth Element for their debut album, I (2002), Cheek was offered a recording contract with Sony Music and made his major-label album debut with Avaimet Mun Kulmille (2004). Without any further forays into English-language rapping, Cheek broke through to mainstream success with Avaimet Mun Kulmille, which broke into the Top 20 of the Finnish albums chart. The Finnish-language effort spawned a trio of major hit singles, two of which ("Avaimet Mun Kiesiin," "Raplaulajan Vapaapäivä") peaked at number six on the Finnish singles chart, another ("Avaimet Mun Himaan") peaking at number 16. The follow-up album, Käännän Sivuu (2005), was similarly successful. It broke into the Top 20 of the Finnish albums chart and spawned the Top Five hit single "Liiku" featuring Jonna, plus the Top 20 hit "Nostan Kytkintä." For his next album, Kasvukipuja (2007), Cheek moved from Sony Music to Alarm Entertainment, a newly established division of the Finnish independent rap label Rähinä Records. While Kasvukipuja failed to rival the success of its predecessors, Cheek's second album in association with Rähinä Records, Kuka Sä Oot (2008), was his most successful to date. It reached the Top Five of the albums chart and spawned the singles chart-topping smash hit "Liekeissä." ~ Jason Birchmeier