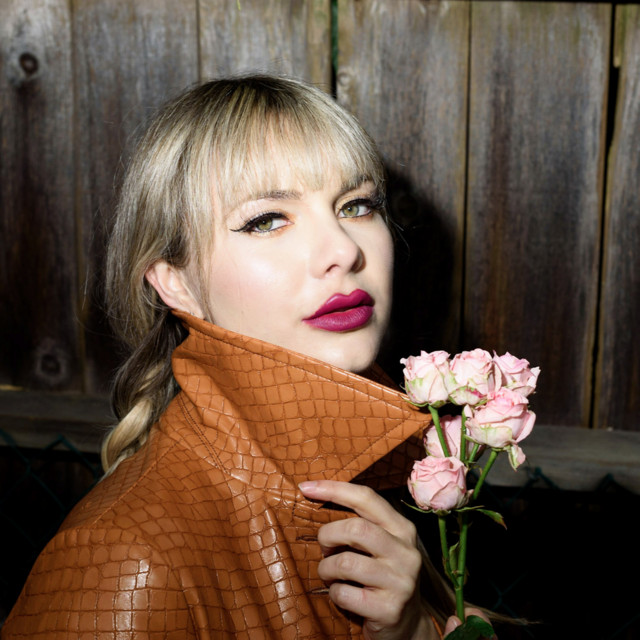 Kandle is moving forward. The golden era-sounding chanteuse from Canada is taking the reins of her career and her creative, ambitious visions are now a reality. This journey began with last year’s Stick Around and Find Out EP but now comes fully formed with her fourth studio record—and first independent— Set The Fire , to be released in spring 2021.Kandle has long been known for her ability to transmute difficult feelings and situations into beautiful and tragic melodic stories. As a therapeutic outlet, music was always it for her. Yet here, Kandle exhibits a different kind of therapy and healing—a new, stronger way of wearing her heart on her sleeve. “This is the most empowered state I've ever been in. So much of my music has been very victimized—I've been through a lot. I was really dark and angry, and those were the songs I was writing,” she says. With Set The Fire , Kandle emerges from a new place of independence and power. “I'm trying to set the fire myself rather than be burned by it.” Now, she is free from others’ expectations and thevoices that eclipsed hers time and again. The irony of writing and recording an album on her terms just as lockdowns became a worldwide reality last March is not lost on her. “This album was made independently for the first time ever with total freedom, but also at the time where we as a society lost all of our freedom.”

The process she says was “nothing but love and support as the outside world was completely falling apart. ”