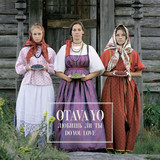 Delightfully unconventional, Otava Yo is a 6-piece folk collective from St. Petersburg that includes musicians, friends, script writers, film producers, great actors and all YouTube folk sensations.“Otava means any kind of grass which appears in the same place, 2-3 weeks after it has been cut. It is not a special kind of grass, it is just ordinary grass. This new growth is called ‘otava’ in Russia. We love the music we create. So altogether it is a unique chance and privilege for us to keep on doing what we definitely love. We love the energy we have in our live concerts.” - Alexey Belkin Awards: DO YOU LOVE Best Music Video at the 2018 Los Angeles Film AwardsBest Foreign Language Video California Music Video Awards, 2019Best music video award at the NYC Indie Film Awards in 2018Diamond award on NYC Indie Film Awards in Best music video category, 2017 No.1 on World Music Network's Chart