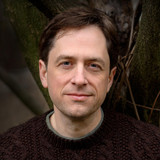 Kurt Reiman was born in Stowe, Vermont and began playing the piano at six years old. He learned piano by listening and playing along to his favorite composers, such as Frédéric Chopin, Billy Joel, Lyle Mays, George Winston, and Dave Brubeck. His parents, themselves musicians, also nourished his love of music.  Now in his 40s, after a long career in finance, Kurt is pursuing his dream of recording the many songs he has composed throughout his life. Kurt’s music is an assortment of melodies that has served as his life’s soundtrack. Whether it was falling in love, his wedding, an apology, the birth of his children, the loss of a loved one or the peaceful scenery on vacation, Kurt’s music represents his life’s journey and story.  Kurt recorded his first studio album of original compositions for solo piano at Inception Sound Studio in Toronto, Ontario under the sound engineering direction of Michael Haas. His debut album North Maple Road launched in September 2018, and he is currently recording and mixing the tracks for his second album.  Kurt currently resides in Glen Rock, NJ with his wife, two children and his dog named Daisy Bell. Kurt is a graduate of SUNY Plattsburgh’s School of Business and Economics and The Johns Hopkins University School of Advanced International Studies.