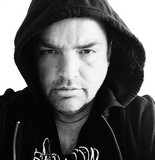 Jeffrey Louis Reed is an artist by day, composer & DJ by night; a swimmer, searcher, visionary, alien and alchemist. Jeffrey was born in the US and has lived and worked in New York, Paris, Barcelona and London. He composes classical piano music, is a founder of Audio Sushi and is best known as Disastronaut, travelling the world to DJ in many of the world's leading clubs, catwalk shows and festivals. Time Out named him as one of best resident DJs in London, most recently bringing Grandmaster Flash and Mike Skinner to play his regular night at the Dogstar, Brixton. He lives in Hastings with music and art studios overlooking the sea. An extremely prolific artist, he is much in demand with galleries and collectors and this year has exhibitions in London, Sussex, Paris and Tokyo. Jeffrey Louis-Reed is Disastronaut. From 1983, Jeffrey has been making records, doing radio shows and live shows and touring. As well as Disastronaut, Jeffrey also does the country of the downs /

beaver county, the maverick electro of Joan of ass. He releases his own eponymous music mostly