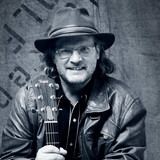 Jay Ottaway is an award-winning singer-songwriter called by Germany’s Rockradio.de

“one of the most innovative artists of our time.” He has been honored by American Songwriter Magazine, the USA Songwriting, International Songwriting, the U.K. Songwriting, and the Peacedriven Songwriting Contests, in addition to multiple awards from the Berklee College of Music where he studied songwriting. He has toured for decades throughout Europe with the Jay Ottaway Band (www.jayottawayband.de) and since 2019 with Jay Ottaway and the Lost Boys (www.jayottawayandthelostboys.com). In the U.S. he has teamed up with Dan Bowden, Greg Holt, and Ralph Rosen in Boston to form the acoustic-based, Jay Ottaway and the Ramble (www.jayottawayandtheramble.com). His concerts feature his own award-winning music mixed with classics from Bob Dylan, Neil Young, Grateful Dead and other blues and classic rock legends. As a songwriter Jay Ottaway’s style ranges from contemporary Folk and Blues to Rock and his works have been featured on television (i.e. WDR, Germany) and in documentary films (i.e. Irene: Ruin to Renewal). His 2014 studio album entitled "Carry On" was called by music critic Steve Braun of Rocktimes.de “his white-hot contender for Album of the Year.”