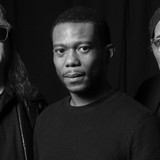 Indie blues, singer-songwriter, guitarist - Greg Sover continues to impress along with his bandmates; bassist Garry Lee, guitarist Allen James and drummer Tom Walling. The release of the band's debut album, Songs of a Renegade & sophomore follow up, Jubilee, continue to garner praise as the records have successfully charted on Roots Top 50 Blues Rock stations. The group is currently in the studio tracking their next album, Parade, due out in Fall 2020. The band represented the Phoenixville Blues Society chapter and appeared in Memphis, TN in January 2019, reaching the semi-finals for the second year in a row at the International Blues Challenge. Over 200 plus bands from US, Canada and the UK competed throughout the week. Greg and his band mates along with vocalist Imani Roach recorded a classic Christmas song "Christmas Cheer" which was released on Nov 15, 2019 and can be found on all media outlets. Additionally, the Greg Sover Band continues to support renowned blues-rock artists including the Yardbirds, Jeffrey Gaines, Jimmy Vivino, Tommy Conwell & the Young Rumblers, Johnny A, Ana Popovic, Walter Trout, Sonny Landreth, Popa Chubby, Marcus King Band and Davy Knowles, while continuing to attract a growing and loyal following after each appearance.