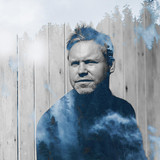 Andrew James Johnson is a composer and pianist who grew up in Birmingham, England. After rigorous piano studies at the Royal Birmingham Conservatoire he completed a BA in Composition in 2006 at the London College of Music. Andrew studied fugue and counterpoint with the renowned choral composer Francis Pott and orchestration with Dr. Laurence Roman, former chief orchestrator for Andrew Lloyd Webber. The ‘Elysian Project’ was Andrew’s first release, recorded at Skywalker Studios in California. This was soon followed up with his debut album ‘Winter’s Heart’ released in November 2017.

'Winter's Heart' has been featured on curated playlists on both Spotify (Peaceful Piano) and Apple Music (Piano Chill, Melancholy Piano, Classical Edge) and has received well over 1 millions streams to date. Andrew has headlined three sold out concerts in London, at St. Pancras Old Church, the Shoreditch Treehouse as well as a performance with the St. Albans Symphony orchestra supporting artists such as Pixie Lott and 10CC at the Meraki Festival in the UK. Andrew has had two of his classical music videos featured on Classic FM’s Facebook page as well as a live streamed performance at Classic FM Studios in London. Andrew released 'Music Box' in 2019 a four track EP, each piece representing the personalities of his four children - Aria, Axel, Amelia and Anakin. In 2020 Andrew will be releasing one new solo piano piece every month culminating in an album at the end of the year.