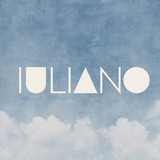 Music expressed through intimate vocals and cryptic lyrics floating above an orchestral palette; electric and nylon string guitars counterbalance complex harmonies and spectral electronica, Iuliano is a progressive indie music producer, singer-songwriter and multi-instrumentalist. Born in Italy, Iuliano discovered music as a young boy, through his grandfather who played the piano. He pursued this artistic path when he moved to Boston to enroll at Berklee College of Music. With his engineering and arranging expertise finely-tuned, Iuliano gravitated to the role of a producer between Europe and Asia. After a four-year experience in Malaysia, he chose to launch his solo career as a world citizen. With his first EP, Hidden Roots, released in 2018, Iuliano unlocks a sonic door to a modern artistry that is both elusive and accessible. While the intricate backing vocals on the project are a study in harmonic complexity, the lead vocals are rendered in a poignant falsetto. While Iuliano always begins with a concept, he prefers to realize his muse serendipitously. Iuliano was awarded as best producer for his debut EP at the Independent Music Awards in 2018 for the category “Folk singer-songwriter” by a jury led by Tom Waits, Todd Rundgren, Sananda Maitreya, Robert Smith, and another hundred personalities of the music business. Currently based in Bangkok, Iuliano will be releasing his sophomore EP this Fall.