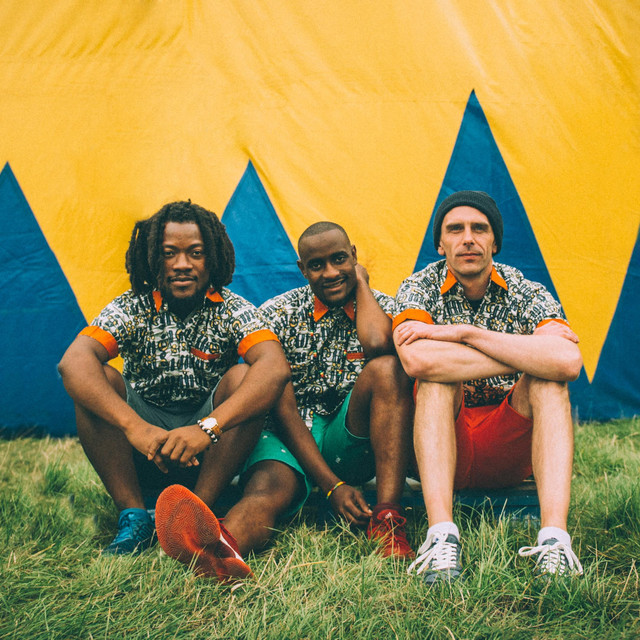 Rusangano Family is made up of God Knows, MuRli and mynameisjOhn. 2 MC's and 1 DJ. based in the Wst of ireland, the trio has been steadily building their own unique brand of dynamic bass-led music that owes little to genre clichés and style restrictions. Despite their diverse cultural backgrounds, the group operates first and foremost as a family unit. Exploring issues such as identity and belonging, Rusangano Family deliver a hefty dose of honest double-edged lyricism over skewed soul samples, 808 beats and sliced up breaks. Wearing their Hip-Hop and electronic influences proudly on their sleeves, Rusangano Family aren't an act willing to conform to the styles associated with their respective backgrounds. Instead of struggling with the idea of being different, they celebrate it. After support slots with Run The Jewels, Young Fathers, Snoop Dogg and BadBadNotGood as well as headlining dates at festivals all around Ireland and radio airplay around the world from RTE to the BBC and NPR, they started work on their debut album in late 2015. The first single to emerge from the new album was 'Heathrow,' a "timely combination that tries to make sense of heady issues by focusing on the human aspects of migration" according to leading US arts website NPR. In March 2017, their debut ‘Let the Dead Bury the Dead’ was awarded the RTE Choice Music prize for Album of the Year, which has been a significant high-point in the band’s short career.