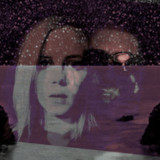 Foxxxy Mulder is Kori Hensell and David Kumler. Kori lives in Tallahassee, FL, and David in Seattle, WA. Since 2016, the duo have been making music together via long-distance collaboration, sharing files over the internet, adapting, revising, and reworking songs little by little—all with a full continent between them.   They released their first single, a slowed-down, sludged-out cover of Billy Idol’s “Eyes Without a Face,” in October 2017. Within a few months, the duo had written and recorded enough material for their debut EP, Premarital Hex (2017).   Over the next year, Foxxxy Mulder wrote and recorded their first full-length record, Heretic (2018). Inspired in part by the history of witch persecutions and in part by the disasters of contemporary political life, Heretic is a record about the horrors of the past which, both obliquely and explicitly, continue to haunt modern life. In 2020, inspired equally by the likes of J Dilla and Vatican Shadow, Foxxxy Mulder re-sampled and re-mixed Heretic to create an entirely new set of songs, titling the album #312371(. Foxxxy Mulder's latest release, Controlled Collapse, came out June 5, 2021.