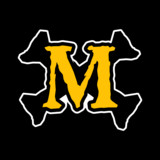 Monkeys Of LaGrande is an international music project created in 2020 by Luk LaGrande. The project involves a collaboration between artists from all over the world. Although the instrumental part of the songs were created and written by Luk LaGrande, all the artists involved were free to play their own styles and include their unique personalities, thus making each track sound special and one of a kind. This way of creating music has been so stimulating and fascinating that Luk decided to keep going along this path, continuing to involve artists from different countries who have the pleasure to join the project, uniting different cultures & playing styles and joining them in one common language - music.