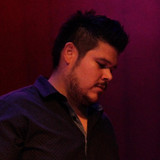 Through creative use of soothing harmonies, dynamic vocal range and heartfelt songwriting, Cee Nario delivers a refreshing blend of energetic hip-hop, funky R&B and Latin pop—all while delivering a positive and uplifting message. (His debut EP Stay Wavy is a great example!)   Drawing from his musical inspirations, Cee Nario is able to both blend and transcend styles and genres with his work. He has worked with a global network of artists and producers including SoulChef, Robert de Boron, Noa James, Waqqas, The Antidotes, and Jo Well; and has appeared on US Spanish-language television networks Telemundo and Mundo Fox.