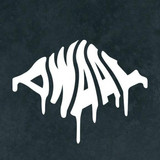 When you’re stuck in quicksand, movement is severely restricted by the oppressive sludge. Every effort to escape makes you more stuck. The occasional pocket of air might support you for a short while, giving you the illusion of hope, only to collapse under your weight. In the end there's no way to avoid being smothered, consumed by the dirt.   Dwaal’s proverbial quicksand is a dense, hypnotic wall of sound. Their atmospheric blend of sludge, doom and post-metal is at the same time bone-crushingly heavy and depressingly melancholic. Gloomy riffs, epic atmospheres, despairing vocals one minute and minimalistic, lo-fi melodies the next.   Since their formation in 2014, Dwaal has become known as a solid live act. In 2017, they self published the two track EP “Darben”. During the summer of 2019, they finished recording their debut full length album, “Gospel of the Vile”, which will be released by Dark Essence Records in March of 2020.