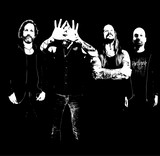 For well over two decades HELHEIM have represented their Norse heritage through their music and their lyrics, with an authenticity and an integrity that is frequently diluted within the so-called Viking genres. With "Rignir", the bands 10th album, Helheim again turned to their heritage when writing the poems that form the lyrics for the album, drawing inspiration from the ljóðaháttr, an Old Norse alliterative verse form used largely in the Eddas. Helheim was founded in Bergen, Norway in 1992. In 1995 the band made their mark with the classic debut album Jormundgand, recorded in the legendary Grieghallen studio. 25 years and 10 albums later, Helheim remains a vital force.   WoduridaR”, the eleventh full length album from Helheim, more or less sums up their almost 30 years long career, with elements from all their album combining the harshness from the first ones to the vocal arrangements on “Rignir”.   “WoduridaR” is an Old Norse word, that can be translated to “the wild rider”. You can draw lines from that to Odins many names and meanings. For Helheim and their new album, all the songs are conceptual free from each other, and tells their own story. It has never looked darker in the realm of Helheim, and songs like “Tankesmed” and “Litil vis madr” is good examples for that.   "With "WoduridaR" we have returned to the harshness and the paradigms of "LandawarijaR", with explosive, mid-paced melodies that have an emotive refrain which summons the northern flames.