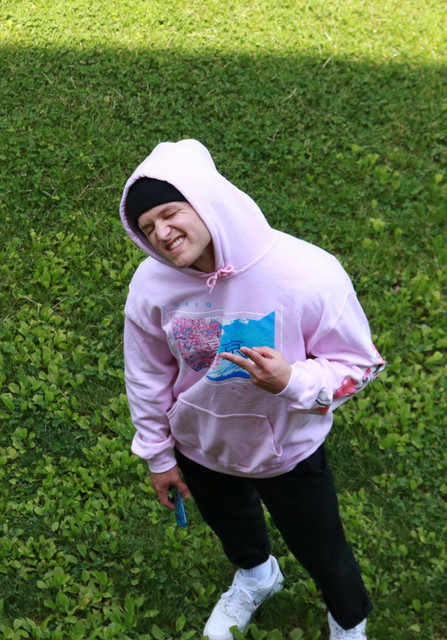 After escaping the opioid crisis that plagued 7ru7h’s hometown of Huntington, West Virginia to his friend’s couch in Cincinnati, the rising talent knew he had to get out of the rut he found himself in. Quickly finding out that the same friend produced music, 7ru7h decided to give rapping a shot even though it’s something he hadn’t done since high school. From here, he released his debut project Oblivion in August of 2019, an intro to the multifaceted up and comer that received an instantly positive response online, including support from internet powerhouse Promoting Sounds. Hungrier than ever, 7ru7h released “WITHOUT YOU” a few weeks later, becoming one of his biggest hits to date at over 9.7 million Spotify streams and then “SAVE ME” in April of 2020 which has since grown to over 10 million Spotify streams as well. Since then, 7ru7h has gained over 600,000 monthly listeners, 45 Million total streams, 24.5K Spotify followers, and 16K YouTube subscribers, and this is only the start. It’s apparent that 7ru7h delivers truly revealing and emotionally raw lyrics while allowing his past to fuel his internal fire, letting every emotion pour out of himself. While he is blazing a trail of his own, fans of artists like the late Juice WRLD, The Kid LAROI, and Clever will find themselves right at home when listening to 7ru7h. In the same breath, his distinctive qualities are obvious, making it easy to see that 7ru7h has what it takes to get to the next level and beyond.