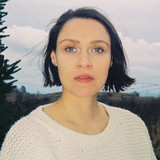 Silja Sol Dyngeland, known by the artist name Silja Sol, grew up in a musician's home where she was exposed to music long before she could talk, walk or eat on her own. During her childhood, she learned to play piano, song, recorder, guitar and various stringed instruments. In adolescence her interest in songwriting started to manifest itself. In 2014, pop artist Aurora Aksnes was looking for a background vocalist and keyboard player, and Silja was recruited into her band. She would not let the fact that she couldn´t play the keyboard at the time stop her, and when asked if she knew of anyone who might be up to the task, she suggested herself. This turned out to be a great match, and Silja is still part of Aurora's live crew on tours around the world. In 2017 her third full-length album, "Ni Liv", was released with Fredrik Vogsborg (Casiokids, Aurora) in the producer´s chair. With an energetic, danceable beat and rich electronic sound, it signaled a clear genre shift. The lyrics also became more serious. Where the lyrics previously revolved around motives such as openness and curiosity, "Ni Liv" talked about life and death, infinity, eternity and adventure. With "Ni Liv", she won her first Norwegian Grammy in the indie-category. The singles "Dyrene", "Ni Liv" and "Semmenemme" were on high rotation on Norwegian radio.