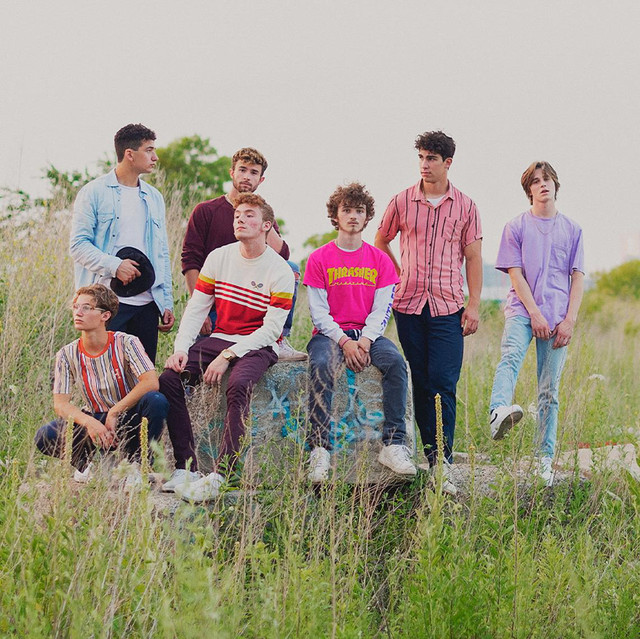 Ax and the Hatchetmen

Featuring Ax and the Hatchetmen

Brought together through jazz bands and social media, Ax and the Hatchetmen, a seven-piece group of high-schoolers from the Chicagoland area, deliver intriguing harmonic structure and catchy quasi-pop melodies that encompass elements of Indie/Alternative Rock, Classic Rock, Pop, Jazz, Blues, Folk, and Punk. Formed in 2018, the band consists of frontman/lead vocalist/guitarist Axel Ellis “Ax”, co-frontman/vocalist/guitarist Kenny Olzewski, vocalist/guitarist Salvatore (Sal) DeFilippis, Bassist Hunter Olshefke, and Drummer Nick Deputy. A few months later the band added a horn section made up of Phil Pistone on Trumpet and Quinn Dolan on the Saxophone. Since their formation, Ax and the Hatchetmen have gone on to perform at events such as the International Blues Competition held in Memphis and many music festivals in the Chicagoland area. The band has also made appearances on Chicago’s WGN Radio and TV programs in the Spring and Summer of 2019. After winning the Evanston Rocks Battle of the Bands in Winter 2018, the band won recording time at Gremlen Studios in Aurora and have continued recording there since.