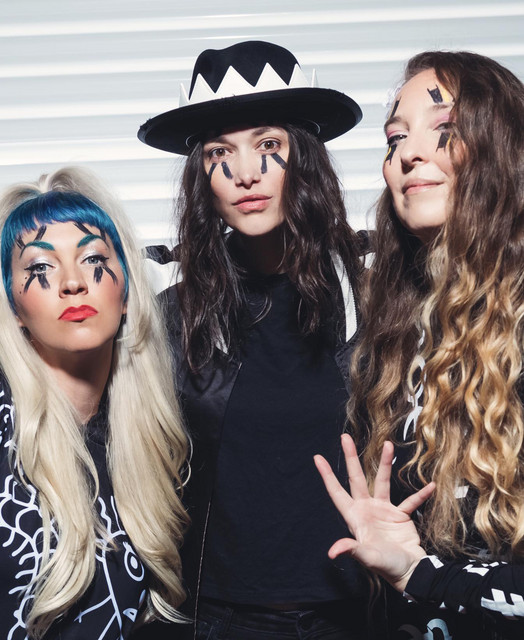 Nashville-based rock band The Dead Deads are cherry-picking everything good about grunge, hard rock, indie, classic metal and punk, and creating memorable and fun alternative music for rock fans across generations and genres. They are that “up-and-coming” band that other touring artists have named as a favorite for years. Many of their own heroes including Lzzy Hale (Halestorm), Tom Petersson (Cheap Trick) Corey Taylor (Stone Sour/Slipknot), and Shaun Morgan (Seether) have praised them as one of the most refreshing new bands touring today, and they have conjured a wildly engaged fan club—The Dead Corps. With X’s painted over their eyes, the band and fans bring excitement and infectious energy to every show. What began as a jam in a south Nashville warehouse in 2013, has grown into an undeniable phenomenon.

Heads bang as metal and grunge riffs are coaxed into pop hooks. Innocent child-like vocals are interrupted by screams and the occasional brutal growl, as finely crafted wordplay forces unexpected stops and odd time signatures into submission. The unexpected becomes the earworm. The Dead Deads explore sounds from 90’s bands like The Pixies and Sonic Youth, to modern metal bands like Mastodon and Baroness, all while keeping their grunge/punk rock roots. They name Failure, Bjork, NOFX, Pavement, Weezer, Helmet, Beck and The Pixies in amongst their hugely diverse list of influences.