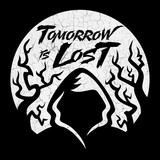 Ryan O Hara (guitar), Josh Fodden (bass), Marc Rush (drums)   The band enjoyed an unbelievably successful inaugural year with the release of their debut single Insane, which earned the band a number of loyal and supportive fans. Soon After the band released a second single entitled We Are the Lost which received strong support from Planet Rock Radio & Total Rock Radio which elevated the band to a whole new level. It wasn't long before fans were demanding an album, but before they could get into the studio to record more material UK concert promoters began offering support slots alongside bands such as Skindred, Kobra and the Lotus, He Is Legend, Inglorious and many more, earning them a reputation for their untamed and energetic live performances.   It wasn't long before the band caught the attention of U.S. label Eclipse Records who signed them in the Summer of 2019, immediately got to work writing and recording their next full-length record, with UK based Producer/Engineer/Mixer, Dave Boothroyd (Phil Campbell, Boy Jumps Ship, The Bastard Sons, Greywind, CJ Wildheart, Don Broco) at 6db Studios in York, United Kingdom. The album is being mastered by Jon Astley (Judas Priest, The Who, The Rolling Stones) at Close To The Edge.   Tomorrow Is Lost are a band on the edge of something very special, as they very well may be reigning in a new era of British metal & rock that will undoubtedly endure the test of time for years to come.