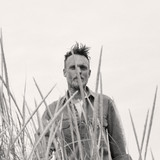 Penguin Prison is an electropop act from New York that made its commercial recording debut in 2009 in association with Neon Gold Records. Comprised of Chris Glover, a producer, multi-instrumentalist, and vocalist, Penguin Prison is often compared to contemporary electropop acts such as Hot Chip, LCD Soundsystem, and Miike Snow. Glover made his commercial recording debut as Penguin Prison with the Animal Animal/A Funny Thing EP in 2009 on Neon Gold Records. Another double-sided single, The Worse It Gets/Something I'm Not, followed on the label in 2010. A self-titled debut album arrived in 2011 on Downtown Records. In addition to his production output, Glover made a name for himself as Penguin Prison with a bunch of remixes for the likes of Marina & the Diamonds ("I Am Not a Robot"), Sébastien Tellier ("Fingers of Steel"), Goldfrapp ("Rocket"), Erik Hassle ("Hurtful"), and others. As he worked on his sophomore album, he continued to create remixes and tour, often with a full band. The effervescent, '80s synth pop-evoking Lost in New York was released in the spring of 2015. ~ Jason Birchmeier, Rovi