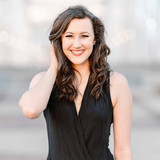 Meghan Lynch is a pop singer-songwriter based in Boston, MA. Growing up in New England, she was involved in countless choirs and musical productions, but quickly found a love for songwriting. Her debut single “Little Love Confessions” has been aired on many commercial radio stations including Boston’s 101.7 The Bull and 98.9 Nash Icon. Meghan has also been featured internationally in Leeds, England and the Netherlands. She has performed all over the United States from coffee shops to county fairs including Topsfield Fair’s 200th Anniversary. Highlights in 2019 include playing at the famous Douglas Corner Cafe in Nashville and taking the main stage at Indian Ranch in Webster, MA. Meghan is an active volunteer with Musicians On Call and the Nashville Songwriters Association International has named her “One to Watch” twice. Her upcoming single “Rare” will be released February 19th, 2021 and is the first track off her upcoming EP.