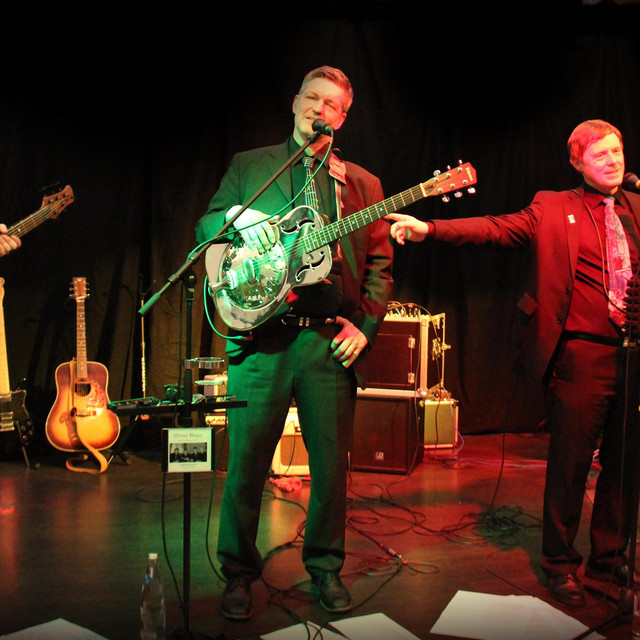 Fusing the sounds of the past with present day Germany’s experiences, “Mister Blues” create folk-, blues-, bluesrock-, rockabilly-, and poprock-music. Born in 1961 and 1962 respectively, Torsten Buncher (harp) and Bert Halbwachs (git) developed an early interest in music. Having

played in folk- and blues-bands they started gigging together in the mid-90s. Later on they formed the storytelling duo “Mister Blues” and travelled northern Germany, playing Piedmont style blues including loads of wordplay and innuendo. Soon the duet was famed for their bawdy blues and farm stories. In 2009 Chris Beuthner (bass) and Michael Habich (drums) joined Mister Blues and added volume to the sound. The quartette play 40+ concerts a year in Germany and have so far released 6 CDs. "Stories made of blues" is their motto, the four-member band clads all and sundry’s words in musical blues-robes. Their lyrics are full of linguistic wit and filled with puns and metaphors. Amusing and thought-provoking everyday situations are sketched so sharply that the audience find themselves depicted. Throughout the concerts listeners are reminded of their own childhood, when Torsten sings about his mother's advice in "Mutti sacht", or Bert about every mother’s standard reminder "We are not a Hottentotten Verein". Yet life’s hardships from redundancy and poverty to domestic violence are not excluded from the programme.Stand-up comedy, cabaret and deep down blues all in one. Who would ask for more?