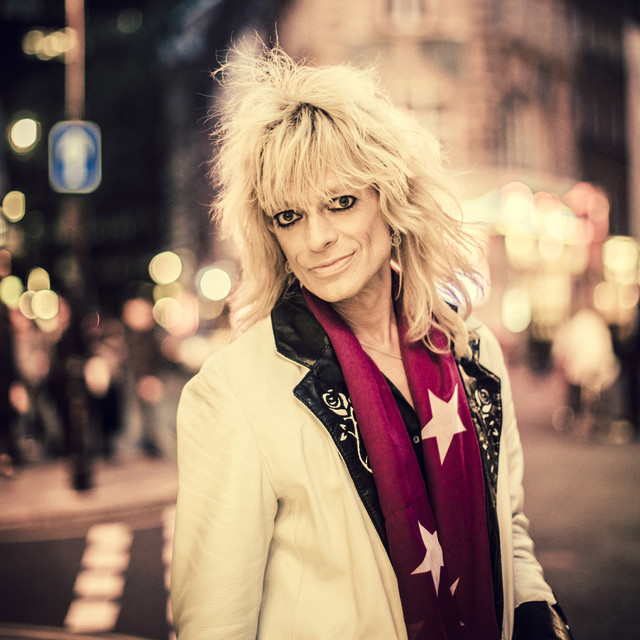 In a perfect world, Michael Monroe would have been one of the leading frontmen of the ‘80s glam metal movement -- leaving most of his unbearable contemporaries in the dust. Born Matti Fagerholm on June 17, 1960, in Helsinki, Finland, Monroe played saxophone with a variety of Finnish bands throughout the late ‘70s before eventually switching to vocals, and helping co-form Hanoi Rocks in 1980. Preceding Mötley Crüe by several years, Hanoi Rocks was one of the first groups in several years to adopt the glam look (something that would become commonplace on L.A.'s Sunset Strip in only a few years) -- heavy on the make-up and hair spray, flashy outfits, etc. -- but unlike their future offspring, Hanoi Rocks' roots weren't in heavy metal, but rather punk and garage rock (the Stooges, early Alice Cooper, New York Dolls, Dead Boys). After some lineup tweaking, the "classic" Hanoi Rocks lineup was put in place, consisting of Monroe, guitarists Andy McCoy and Nasty Suicide, bassist Sam Yaffa, and drummer Nicholas "Razzle" Dingley. On the strength of several Euro-only indie releases (1981's Bangkok Shocks, 1982's Self Destruction Blues and Oriental Beat, plus 1983's Back to Mystery City), and European tours (as well as visits to such exotic locales as Israel and Japan), a buzz began to build. Hanoi Rocks was signed to Columbia Records soon after, as U.S. success appeared to be just around the corner -- especially after the release of 1984's Two Steps from the Move. Then came a much-publicized car accident that killed Dingley (behind the wheel was an inebriated Vince Neil) in December of 1984. Despite Monroe and company attempting to carry on with replacements, the promising Hanoi was laid to rest later the next year. Relocating to New York City, Monroe began to pick up the pieces and embarked on a solo career. His first solo release was 1987's Nights Are so Long (a Scandinavia-/Japan-only release), which was quite Dead Boys-influenced (Monroe had befriended Stiv Bators and covered one of his solo songs, while guitarist Jimmy Zero contributed a pair of songs). An appearance in the star-studded Sun City video followed, as did a worldwide solo deal with Polygram Records. An initial plan of reissuing Nights failed to pan out, resulting in 1989's Not Fakin' It being the first domestically issued solo Monroe release. The album would go on to become Monroe's most successful stateside release (and the only one to appear on the Billboard charts), while all of Hanoi Rocks' albums were reissued on Guns N' Roses' short-lived Uzi Suicide label (Monroe also appeared on GN'R's Use Your Illusion releases and The Spaghetti Incident? ). Many assumed that Monroe would obtain ever-elusive breakthrough success this second time around, but once more, it was not to be. A planned collaboration with ex-Billy Idol guitarist Steve Stevens failed to pan out, as it looked like Monroe had vanished. This proved not to be the case, and he continued to issue lower-profile solo releases (1992's Jerusalem Slim, 1996's Peace of Mind, 1999's Life Gets You Dirty, 2002's Take Them and Break Them, and 2003's Whatcha Want). Monroe has also sporadically reunited with his ex-Hanoi bandmates, including Yaffa, under the name Demolition 23 (1995's Demolition 23), and with McCoy as Hanoi Rocks, resulting in the releases Twelve Shots on the Rocks (2002), Another Hostile Takeover (2005), and Street Poetry (2007). In 2010 Monroe issued his first ever live solo LP, Another Night In the Sun: Live in Helsinki via Spinefarm Records, with a new studio album, Sensory Overdrive, dropping the following year. Horns and Halos, his ninth solo long player, arrived in 2013, followed by Blackout States in 2015. ~ Greg Prato, Rovi