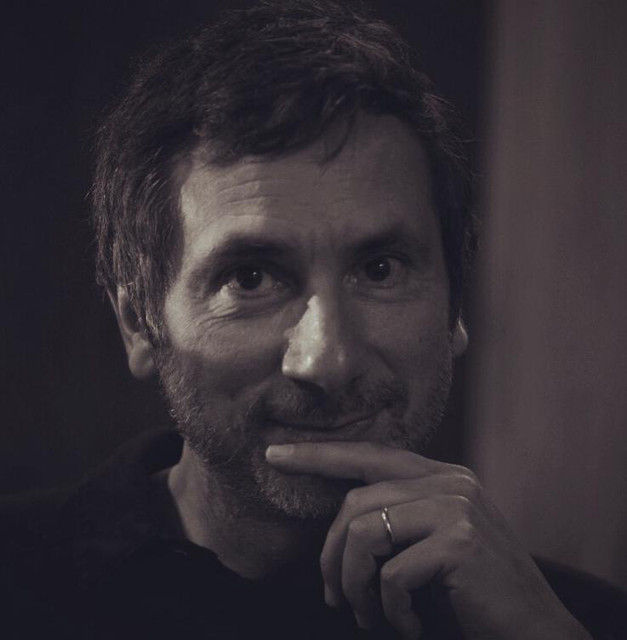 NICOLAS ERRERA is an award-winning French composer and musician working all over the world.  He comes from a family of artists. His father was a playwright and his mother a set designer. Alongside his studies he took lessons in piano and composing at the Ecole Normale de Musique in Paris. A short time later he joined the acousmatic music class in the France’s National Higher Conservatory for Music and Dance. There he discovered another way of composing music, based on the dematerialisation of the sound source (making music with computers, synthesizers and so on). This opened his mind to a new artistic landscape. The originality of his compositions comes from his taste for eclecticism. In 2000 he set up the electro pop group GRAND POPO FOOTBALL CLUB and in 2002 He created the groupe ROUGE ROUGE. The success of his songs “EACH FINGER HAS AN ATTITUDE”, “MEN ARE NOT NICE GUYS” and “L’AMOUR” earned him invitations to play in clubs and concert halls all over the world. Making music for movies was a natural progression. The music he composes for films can enhance viewers’ experience while also conveying a classical and melodic sensitivity and introducing contemporary tones and emotions. THE DEEPLY VARIED PORTFOLIO OF FILMS FOR WHICH HE HAS COMPOSED MUSIC, ALONG WITH HIS UNUSUAL AND INTERNATIONAL MUSICAL CAREER, REFLECT HIS COMMITMENT TO COMPOSING PIECES THAT CELEBRATE AND EMBRACE DIVERSITY.