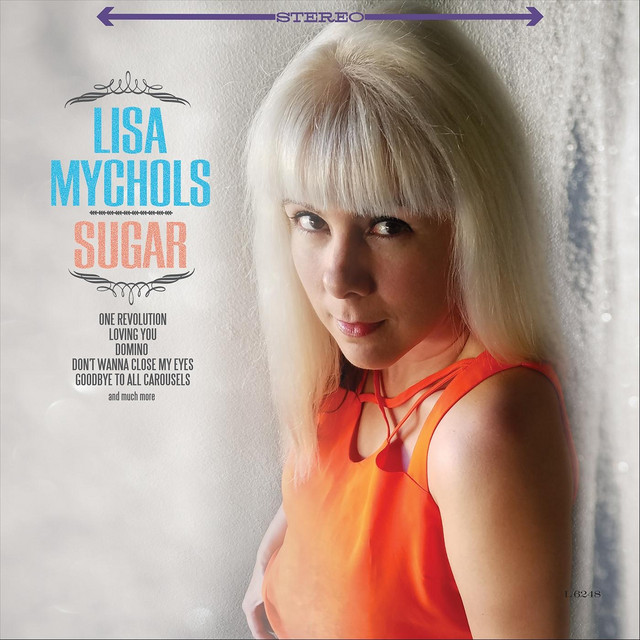 With a strong drive for carving a "now" sound of California girl powerpop, California-based singer/songwriter Lisa Mychols is defined by her unique voice and coalescent sounds of garage, mod, and psychedelic pop/rock. With an included immense passion for creating classic melodies and harmonies, she found herself recording the time-honored underground - almost cultish, "Lost Winters Dream" with Darian Sahanaja and Nick Walusko (of Brian Wilson and Wondermints fame) as her very first musical release. Lisa's other past solo releases include the Japanese only release, "In This City",

UK based Cherry Red Records release, "Sweet Sinsations, and the U.S. self-released, "Above, Beyond & In Between", all recorded and produced by Tom Richards (The Waking Hours and The Seven & Six). Lisa's most recent release was the 2018 critically acclaimed album, "SUGAR" with producer Steve Refling (artwork by Steve Stanley!!!) Other past projects include drums for Receiver and Sparkle*Jets UK, songwriting/lead vocals/guitar with The Masticators, bass for The Waking Hours, and singer/songwriter/multi instruments with gal-duo Nushu for ‘Nevermind Lullibye’ and "Hula". Lisa has in store, much more upcoming musical projects, promising to bring even more surprises, taking her crowd connectedness to the next level. ***Lisa Mychols Fabulous Playground website: https://www.mycholsfabulousplayground.com/