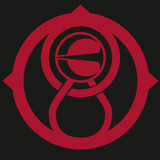 A melodic metal band from Slovakia founded in August 2016, Etterna entered the local underground scene with their single “Demon” (released in October of the same year).

Etterna quickly gained popularity among locals thanks to the catchiness of their songs, admirable vocal flexibility and complex guitar solos. In 2018, the band released its very first album, CHAOTIC, under Sliptrick records. This conceptual album consists of 10 songs narrating an unfortunate story of a schizophrenic individual describing his confusing inner world and exhausting fight against illusional voices. The most popular songs from Chaotic include Secreto en Fragopolis and Desert Ruins, both of which are greeted with a loud applause on every concert. In 2019, the band accompanied Battle Beast on their tour in St. Petersburg and Moscow. Etterna is now working on the material for the upcoming album, which will unleash the new era of the band characterized by a slight change of the sound – so stay tuned! "Our mission is to inspire other young people."