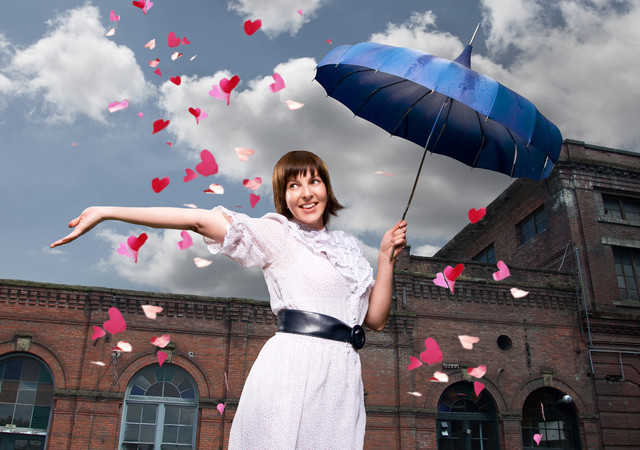 Singer/songwriter Rosie Thomas has been shaping her sweet, delicate song stylings since her early childhood, but she made a name for herself when she joined Motor City dream pop band Velour 100. Thomas sang and toured with the band during the late '90s before jumping ship for a solo career. Mixing up the folk-pop of Joni Mitchell with indie sensibilities, Thomas found herself surrounded by a new scene. She and Damien Jurado dueted on "Wages of Sin" for Sub-Pop's 2001 compilation Badlands: A Tribute to Bruce Springsteen's Nebraska as well as guested on "Parking Lot" on Jurado's Ghost of David. Thomas, however, introduced something more reflective, humorous, and intriguing on her solo debut, When We Were Small (Sub-Pop), in early 2002. When she's not making music, Thomas' comedic alter ego, a bespectacled pizza delivery girl who she's named Sheila, may also appear. Her winning streak continued in late 2003 with the release of her second full-length release, Only with Laughter Can You Win. If Songs Could Be Held followed in 2005. Thomas' song "Faith's Silver Elephant" was included on a compilation disc put together by Toronto's Paper Bag Records the following year. 2006 was also the year that Pitchfork made the dubious claim that Thomas and fellow musician Sufjan Stevens were expecting a child. Thomas later dispelled the claim, citing that it had been meant as an April Fools' Day joke. ~ MacKenzie Wilson, Rovi