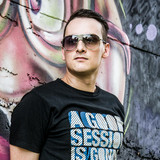 Vaello is a pseudonym for the music artist Ivaylo Stamenov.

Born In the late 80s, Bulgaria. He took his baby steps in music inspired and guided by his grandfather who was a clarinetist. During the late 90s, fascinated by the western pop music genres and culture, Ivaylo became a heavy Prodigy fanboy (smiles). He remembers himself "literally blown away" by Liyam Howell's beats and "sound" in general. On the verge of the new century, at the age of 13 - someone from the hood told him this: "Dude, I know this older guy who makes music on a computer!" The very next day Vaello visits the studio to see "the magic" with his own eyes and for the second time in his life - he is "blown away". This is where his journey as an electronic music artist began. During 2005 he started supporting some local underground Rap MCs with his beats and instrumentals, which helped him gain experience for the next stage of development as a young and promising mixing engineer and music artist. In 2012 his first official music single called "Cycles" was released digitally worldwide, by a small record label. He also became a resident DJ in the second biggest electronic music night club in his country for a few years up until 2015. Since then he gave up on his DJ career and spent countless hours in his home studio, further forging his skills as a musician.