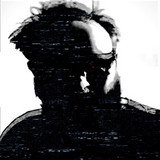 Omegagon aka Simon Hamilton is a new breed of synthwave. He channels powerful synth energy through vintage synthesizers and modern sounds to create emotional stormers and dark electronic atmospheres for dark electro clubs of the future. His music is like a thematic soundtrack to an 80's sci-fi horror. A fusion of Synthwave, Cyberpunk and Electro music. His debut album ‘Aether Realm’ evokes an otherworldy Jean-Michel Jarre esque vibe with a hard rocking cyberpunk twist alongside dark anthems and mood altering ambiance. His single ‘Gothika’ emerged towards the end of 2020 showing his growth as a producer and heralding the dark club direction of his upcoming second album 'Synthia' His second album 'Synthia' expands on Omegagon's signature sound. The songs reflect the current state of our world but also tell the story of the Blade of Justice, Synthia and the fallen angels.