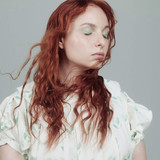 The 26-year-old Romanian indie/pop singer just released her second studio album, “Samsara”. You might be one of the millions of people who watched her hit YouTube video “Silence” from when she was a teenager, or you might remember her constant search for a proper style and tone that marked her debut album from 2015 (also titled “Silence”). In this year’s “Samsara”, however, we see a new side of Lucia – the mature, self-assured artist who brings together a crew of musicians and producers to complete her vision of a concept album about death and rebirth.The music on “Samsara” is diverse, with lots of piano and strings but also a touch of electronica; you can hear echoes of established acts such as Regina Spektor or Aurora. “afloat” opens with an a-cappella tune that might sound almost cute, until the instrumental layers start enveloping it and you realize it’s a song about a burial at sea. “edge” has a distinct burlesque/cabaret feel, while "bounds" and "mother" make wonderful use of the string quartet and are arguably the album’s most melancholy tracks, in tone with their powerful lyrics. We also see Lucia’s experimental side in songs such as “catastrophe” and future single “food chain”, massive tracks where the fusion between the studio band, the strings and the electronica elements is as compelling as ever.