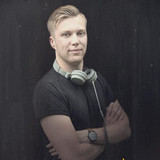 "Music expresses all that for which there are often no words. Expressing these feelings through music is for me the most beautiful but at the same time also the greatest challenge." Louis is 27 years old, lives and works in Rottweil, the oldest city in Baden-Württemberg. He started producing music five years ago. At first, only simple beats were created and gradually his own melodies and sounds. Besides the basic enthusiasm and passion for music, a personal result was a crucial point to produce music himself. A longer injury forced him to stay at home for a few weeks. He used this time to familiarize himself with producing. He himself says "Music is for me the greatest expression and balance for thoughts and feelings". The sound that makes up "Louis" is a very energetic sound. Besides the electronic elements, he always tries to add a "touch" of analog sound. His musical influences include artists like Axwell, Deniz Koyu and Steve Angello. For projects that are more in the pop realm, he draws his inspiration from artists such as Billy Ocean. In the future, listeners can expect a mix of classic house sound, with a neat blend of new interpretations from his own handwriting.