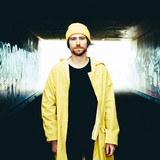 Craig John Davidson is a Scottish singer / songwriter / producer who’s been recording and releasing music since the early 2000’s. With his remarkable finger style playing ability Craig mixes sounds of alternative acoustic with his root inspiration of alt folk / blues and beyond to achieve a unique sound. After self releasing his first three solo albums 2008’s “Soaked In Harm” 2009’s “Curiosity” and 2010’s “All In Song” he signed a recording deal with Aberdeen based label Fat Hippy Records in 2013 who put out his 4th full length album “The Last laugh” the same year. Following it’s release and good response Craig was invited to play two industry showcases in Los Angeles one of which was at the iconic Roxy Theatre. 2015 saw the release of “King Repulsion” again put out by Fat Hippy records. This release was quickly followed by extensive touring of the Uk and Europe sharing the stage with such acts as The Twilight Sad / Pictish Trail / Terry Reid to name a few as well as a lengthy coast to coast tour of the United States supporting the American rock band Lotus Crush. Off the back of this tour Craig had label interest from Seattle / Los Angeles based label Cavigold records and they had agreed to release the next album. Upon completion of 2018’s “Motherstar” album Craig decided to release it with indie label Kiss My Kunst Records as well as 2020’s “Queen Compulsion”. Currently working on his next release recording from his home studio “Cherry Row Studios”.