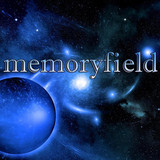 The band memoryfield consists of the musical duo, guitarist/vocalist Billy R. Preston and keyboardist/vocalist Juliet Gamero. The veteran songwriting team of Preston/Gamero (together since 1993) began working with singer-songwriter Robyn Cage in 2018 in order to update their classic sound with one that incorporates modern pop music fused with all the depth and intensity of 70's and 80's rock. The progressive, moody and ambient songs previously written by the original members have now become more clever and approachable with the addition of Cage who brings a great sense of melody and vocal nuance.