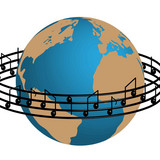 Cuatro Puntos is a non profit that activates music as a pragmatic and universally accessible stimulus for social change, cultural awareness, and empowerment of the underserved. One program track is Cuatro Puntos Ensemble, a performing group of musicians in residence who collaborate with local, national, and international guest artists to produce genre-defying and culturally significant concert programing and album recordings. Aiming for the highest in artistic excellence while working alongside socially significant artists such as the Afghanistan National Institute of Music and musician activist Ameen Mokdad (Mosul, Iraq), Cuatro Puntos Ensemble has been reviewed by Fanfare Magazine as having a “great depth of sound” and “virtuostic performance”. They have performed extensively throughout the United States as well as in Bolivia, Brazil, England, Germany, the Netherlands, Turkey, and Afghanistan. To date they have produced six albums of varying genres and styles on major international record labels like Métier, Toccata Classics, and Arkadash Records. They have been included on the soundtrack for films produced in England, Australia, and Afghanistan, and have been guest lecturers at prestigious universities around the world

All of Cuatro Puntos' programs aim to activate music's potential as one of many relevant, viable, and complementary methods for creating a more just and inclusive society.