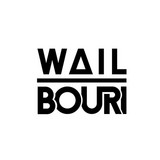 Wail Bouri DJ & Producer from Tunisia 18 years old (born April 29, 2002) is of Tunisia origin, but he was born in France. He composes EDM (Electronic Dance Music). Wail Bouri passion for music started early. He started playing the Piano at the age of eight. He enjoyed it, but not as much as he thought he would. He wanted to be able to compose larger pieces. In 2014, later on at the age of twelve, he decided he wanted to become a DJ. His passion for the DJ music production grew, he wanted to enroll in a music school but then ended up learning everything by himself. He was passionate about these tracks "Animals" By (Martin Garrix) "Toulouse" By (Nicky Romero) And more other tracks. In 2015, at the age of 13 he began to learn DJing and he built his own studio at home and started producing music on his own, using FL Studio. Wail Bouri he publishing his tracks online from a very young age. Wail, storms the Music World. At 17 years old, Tunisian DJ Wail Bouri has already attained global fame and to top it all off, he flew to France There he began his career. Now Wail Bouri is one of the most popular DJ's and Producers in Tunisia. He is also the youngest professional DJ of Tunisia.