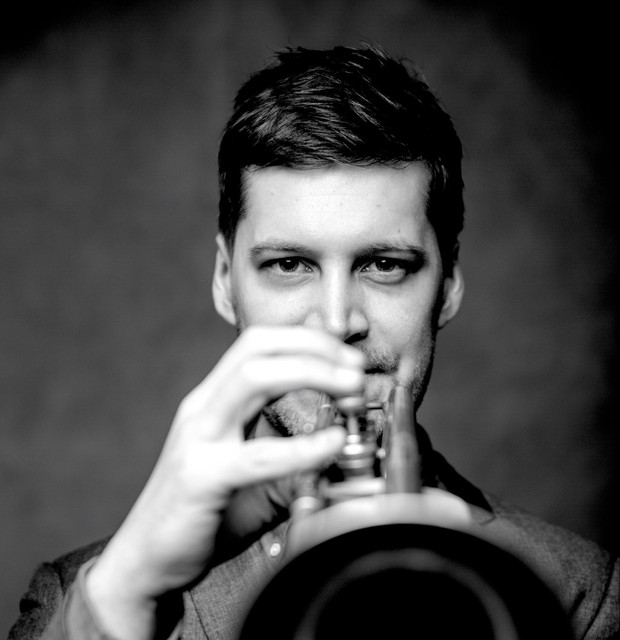 John Raymond is making a name for himself as one of the most promising, genre-bending musicians in jazz today. With a singular voice as a trumpeter, flugelhornist and composer, Raymond is “steering jazz in the right direction” (Downbeat Magazine) by pushing it's boundaries, seamlessly incorporating indie-rock, folk and electronic influences into his music. As Something Else reviews stated, “This is jazz, yes, but jazz with an open mind’. Raymond has performed with artists such as Kurt Rosenwinkel, S. Carey (of Bon Iver), Orrin Evans (of The Bad Plus), and Cory Wong (of Vulfpeck) among others. He has released six albums since 2012 - four with his primary band Real Feels (w/Gilad Hekselman & Colin Stranahan), each receiving praise from Stereogum, the New York Times, Downbeat, JazzTimes and more. His latest release is a cinematic single mixing folk and jazz influences entitled "Where We Grew Up."