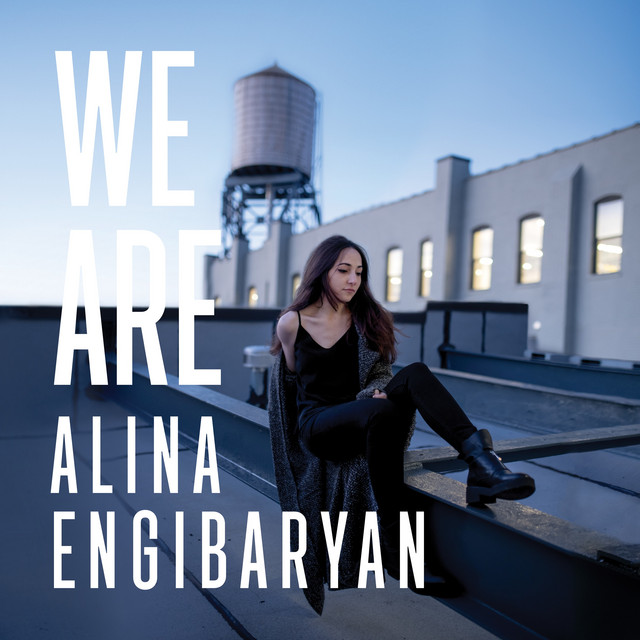 “There aren't many people who want to sing jazz, who have this special feeling for the tradition, where jazz singers have been and what they borrowed from horn players. What did Louis Armstrong borrow from his horn when he began to sing? Not every singer understands that, she gets that! When she sings, you can hear her heart. That is very special.” - Al Jarreau “A lot of songs on my album are about love, empowerment and how people treat each other,” says Alina Engibaryan. “It’s all about some kind of relationship.” The album marks a huge step forward for the artist, the granddaughter of jazz drumming great Nikolay Goncharov and a budding singer since the age of two. Helping Engibaryan along the way is Michael League, the label head of GroundUP Music and co-founder of the Grammy-winning collective Snarky Puppy, who arranged and produced We Are. League discovered the singer while touring the Netherlands, when Engibaryan was studying jazz vocals at the Prince Claus Conservatory. Inspired by the likes of music legends Stevie Wonder, Kurt Elling and Gregory Porter We Are is a beautifully diverse mix of traditional and contemporary jazz, and one that deftly touches on empowerment (“Little Girl”) and worldly trepidation (“Doesn’t Seem So Real”). “I feel like when people hear this, they’ll understand the vibe I was going for,” she says. “It’s not a ‘happy’ or ‘sad’ album. I think people will relate to the music in their own way. It’s just a very honest record.”